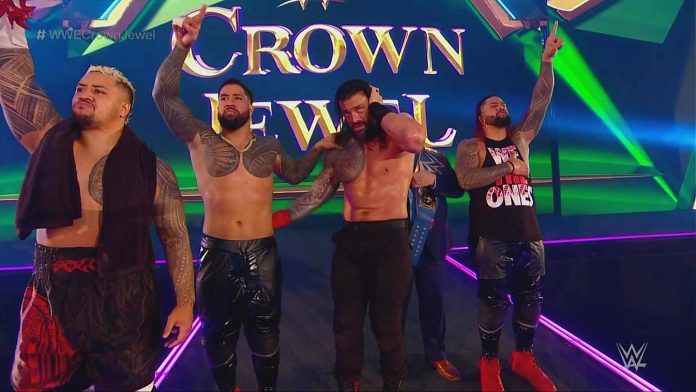 This was Logan Paul’s third professional wrestling match. Reigns didn’t take Paul seriously at first, and that nearly cost him his Championships a few times.

Toward the end of the match, Paul hit a huge splash off the top and through a table. The Uso came out to check on Roman. Fresh off a win over UFC middleweight champion Anderson Silva, Jake Paul then came out to ringside and knocked out Jimmy and Jey Usos. Jake then went to get Logan who rolled Reigns in. Logan went up top and hit a splash and covered Reigns but then the Champion kicked out.

Solo Sikoa’s music played as The Bloodline’s enforcer looked to aid his Trible Chief, but officials stopped him. A staredown between Sikoa and Jake was interrupted by Logan going back into the ring and was caught with a Superman Punch form Roman. The champion then hit him with a spear and covered. Reigns would get the pin and the win, and is still the Undisputed WWE Universal Champion.