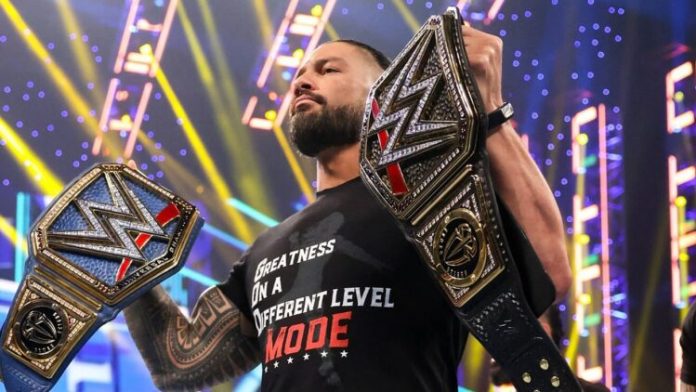 Roman Reigns has now been the Undisputed WWE Universal Champion for over 200 days.

Touted as the Biggest WrestleMania Match of All Time, Roman Reigns, who has held the Universal Championship for over 700 day, defeated Brock Lesnar in a ‘Winner Take All Unification match’ at WrestleMania 38.

Since WrestleMania, Reigns has retained the titles against Drew McIntyre, Brock Lesnar and Matt Riddle. Reigns’ next title defense will come next week at WWE Crown Jewel 2022 against Logan Paul.

Should Reigns keep his reign going all the way up until WrestleMania 39, he would be world champion for almost 950 days. If that should happen, the only people with longer world championship reigns in WWE history will be Pedro Morales, Bob Backlund, Hulk Hogan and Bruno Sammartino.