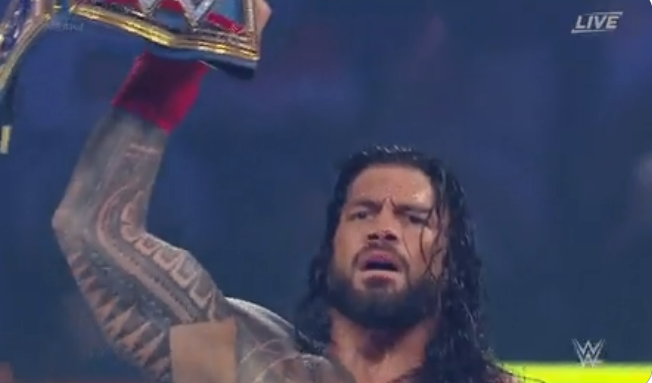 Roman Reigns vs. Goldberg for the Universal Championship kicked off the main card for the WWE Elimination Chamber show in Saudi Arabia.

Roman looked to defend the longest title run the WWE has seen in 35 years and the only names with longer reigns are Pedro Morales, Bob Backlund, Hulk Hogan and Bruno Sammartino.

The match was as short as expected given Goldberg’s limitations in the ring. Towards the end of the match Reigns hit Goldberg with a Superman punch and set up for a spear only to run into a spear from Goldberg. Goldberg then failed to follow-up with his jackhammer, instead getting locked in a guillotine choke. Goldberg tried to slam his way out of the hold but was eventually choked out, forcing the referee to stop the match.