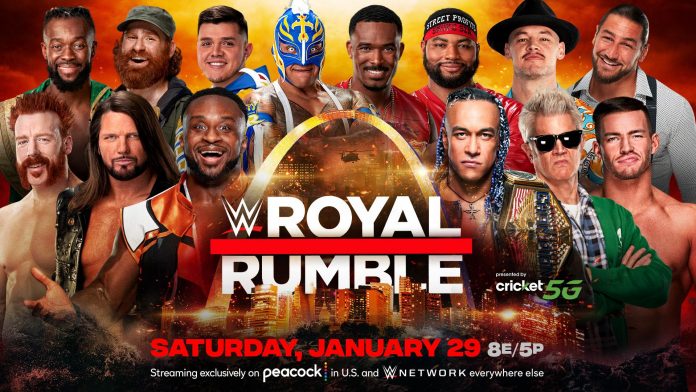 The Royal Rumble is always one of the biggest and most entertaining shows the WWE puts on every year.

The Riyal Rumble is the official start of WrestleMania season and this year the event returns on a Saturday night with a loaded card from The Dome at America’s Center in St. Louis, Missouri.

The show is highlighted by the two 30-person battle royals on both the men’s and women’s sides as well as a handful of title clashes. Brock Lesnar, universal champion Roman Reigns and Raw women’s champion Becky Lynch will all be in action in title defenses.

With all that in mind, there’s a lot that could happen on Saturday night and almost all of it with huge ramifications for WrestleMania.

What channel is WWE Royal Rumble 2022 on?