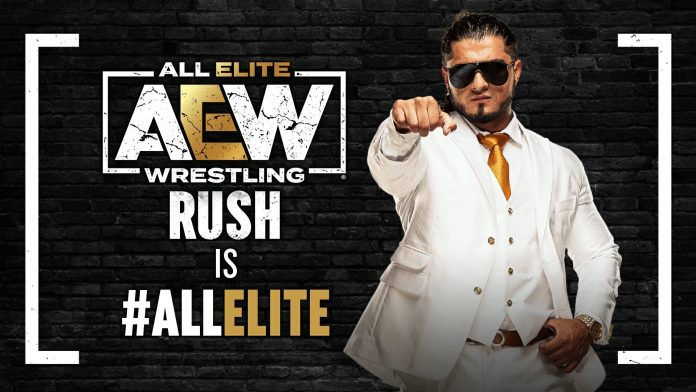 RUSH will face John Silver in a singles match on the September 30 episode of AEW Rampage.

RUSH is a former ROH World Champion, and made his AEW debut in a taped vignette at AEW Double or Nothing 2022. He had been featured in ROH until he went down with a knee injury in August 2021.

It’s official: @rushtoroblanco is
All Elite!

What a week for Rush!

Yesterday was his birthday, today he’s All Elite, and it’s
Rush vs @SilverNumber1 TONIGHT on
Friday Night #AEWRampage!