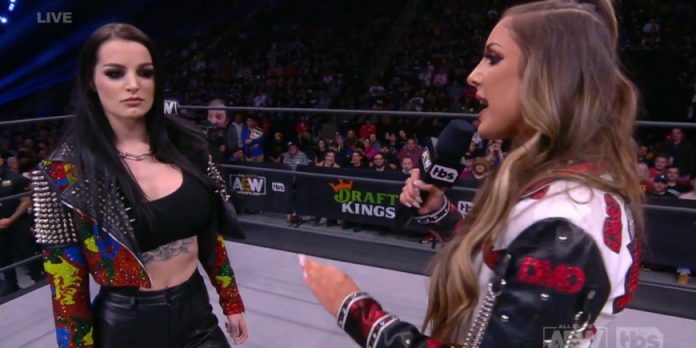 Saraya (aka Paige) officially confirmed on this week’s AEW Dynamite that she is officially cleared to return to in-ring competition.

During a face-to-face between herself and Dr. Britt Baker, Saraya said she did MRIs and CT scans a couple of weeks ago and “unfortunately’ for Baker” she is 100 percent cleared. She and Baker then traded verbal shots before confirming they’ll have a match at AEW Full Gear on Nov. 19.

Saraya originally debuted for All Elite Wrestling back on the September 21 edition of AEW Dynamite.

After an emotional outpour from @Saraya, the challenge has been made! @Saraya will make her #AEW in-ring debut against Dr. @realbrittbaker D.M.D at #AEWFullGear LIVE on PPV on Saturday November 19!#AEWDynamite is LIVE on @TBSNetwork! pic.twitter.com/UJZ5jcCQi6