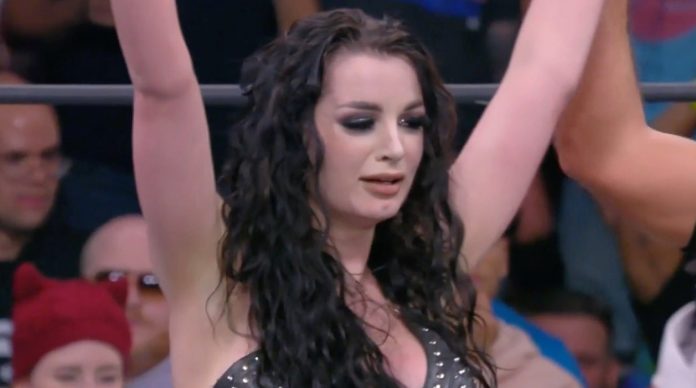 Saraya made her in-ring return at AEW Full Gear against Dr. Britt Baker, DMD, after suffering what was initially believed to be a career-ending injury at a WWE live event in 2017.

With her brother watching from ringside, emotion painted the face of Saraya as she stepped through the curtain and made her way to the ring.

During the match Baker targeted Saraya’s neck repeatedly, looking to exploit the injury that dominated the conversation in the build to the match.

Despite Baker nearly applying her Lockjaw submission, Saraya won by hitting her Rampaige DDT finisher three times, including back-to-back at the end of the match.

Good night Doctor?! @Saraya was just inches from her first victory in #AEW!