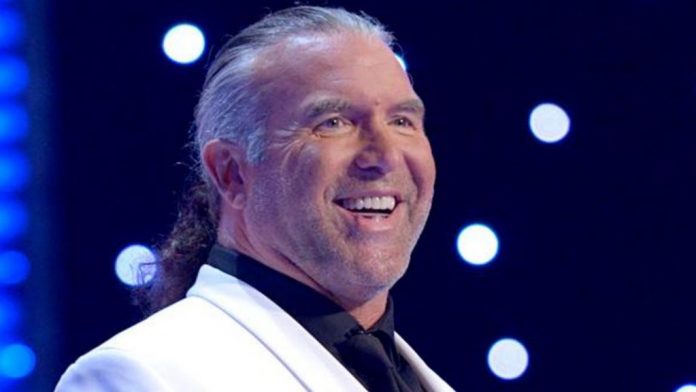 WWE Hall Of Famer Scott Hall has been hospitalized after falling and suffering a broken hip.

Jerry Jarrett took to Facebook to break the news: “Just got off the phone with my friend Scott Hall. He fell and broke his hip and he’s in the hospital. Prayers will help him recover.”

Hall was scheduled to be in Dallas next month for WrestleMania 38 Weekend events. There’s no word yet on how this will impact his schedule.

Hall was inducted into the WWE Hall of Fame as Razor Ramon in 2014. He then also then became a two-time Hall of Famer when he was inducted as Scott Hall, part of the nWo-headlined 2020 Hall of Fame class. The now 63-year-old Hall last wrestled in 2010 for TNA.