Seth Rollins’ Attacker Claims He Has Apologized To WWE 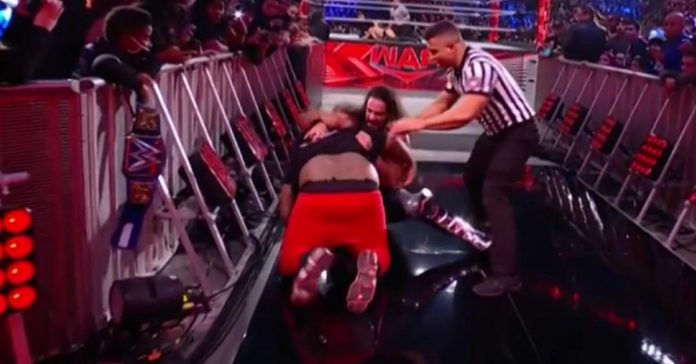 The man who attacked Seth Rollins on Raw has broken his silence, explaining the events that led to his arrest on Monday night.

Elisah Spencer, 24, of Red Hook was arrested by New York City police and charged with attempted assault and disrupting a live sporting event, cops said. He was released on a desk appearance ticket, according to authorities.

Rollins was having a promo in the ring when Finn Balor interrupted him and was attacked by Rollins. As Rollins retreated up the entranceway, Spencer attacked Rollins before being immediately swarmed by referees and security.

Spencer has discussed the matter with the New York Daily News and discussed being the victim of a catfishing scam where someone posed as Seth Rollins:

“I apologized to the WWE for my actions,” Spencer said. “I had a legitimate beef but as a grown man I could have settled it a different way … If I saw him today I wouldn’t attack him. I’ve moved on.”

He then said he had been in contact with someone claiming to be Rollins for several years who he claims stole money from him:

“He was asking me to send him gift cards in exchange for money, mostly $500 or more to see if I was loyal,” Spencer said. “He asked me to be a wrestling blogger for him. I wanted to work my way up.”

Speaking to TMZ, Seth Rollins reflected on the attack:

“It’s terrifying, brother. It happened very quickly. I was mostly just reacting and hoping that our security would come and do their job. Which they did very quickly. And then was just trying to detach and move on. Hope that everybody is okay.”