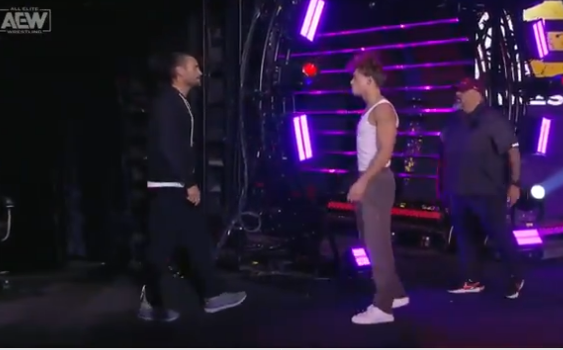 CM Punk was a special guest commentator on tonight’s AEW Dynamite from Newark, NJ. During the show, Taz walked out to the announce table area and accused Punk of trying to take his job.

Hook then came out and also confronted Punk. That caused a distraction that allowed Hobbs to brutally attack Punk from behind. The segment ended with Hobbs putting Punk through the announcer’s table.