The House of Black return to AEW on Dynamite 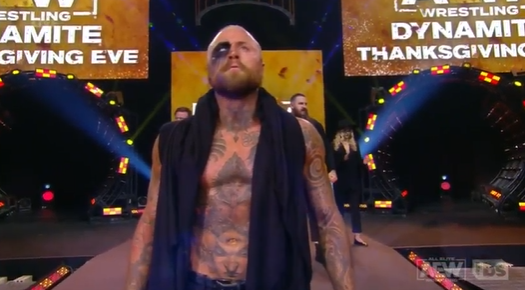 The House of Black have officially returned to AEW on tonight’s Dynamite.

The lights then turned dark and Hart appeared on stage. The lights shut off again and the trio appeared inside of the ring, clearing it. The full group hasn’t been seen on television since their loss at AEW All Out.