The Hurt Business Reunites on Raw 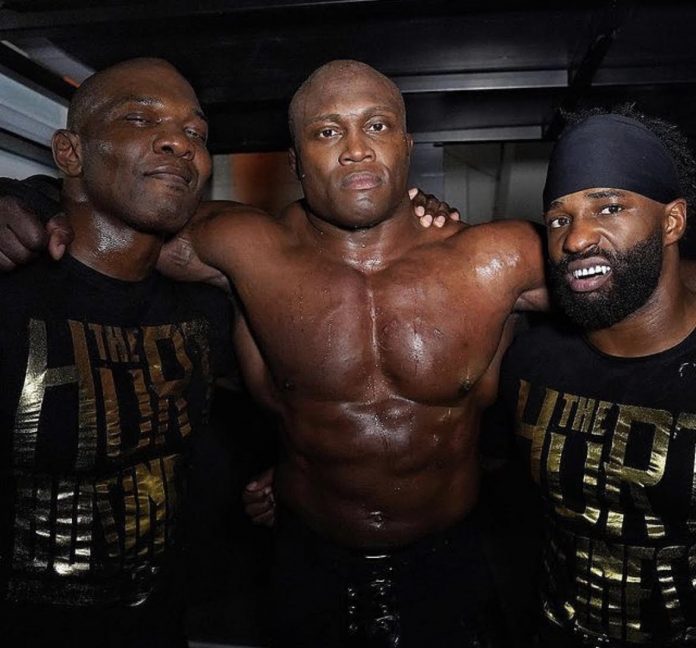 Monday Night Raw kicked off with WWE Champion Big E putting his title on the line against Bobby Lashley.

Late in the match, Big E and Bobby Lashley saw their WWE Championship match thrown out when Shelton Benjamin and Cedric Alexander suddenly reformed The Hurt Business. The two made their way down to ringside wearing Hurt Business shirts.

A brawl broke out between the Hurt Business members and The New Day and that forced the referee to call for the disqualification.

Adam Pearce then ran out and said that the better man would be decided by the end of the night, and announced Big E would be defending his WWE Championship against “The All Mighty” at the end of the show in a Steel Cage Match.