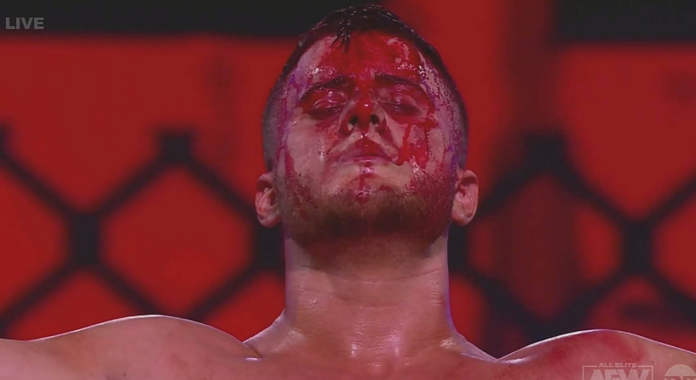 AEW Dynamite advertised a Blood and Guts television special featuring a War Games-style match between The Inner Circle and The Pinnacle.

Blood and Guts featured one giant steel cage covering two rings with one member of each group wrestling for five minutes at the start of the match. Beginning with The Pinnacle, a member joined in every two minutes. Once everybody was in the cage, wrestlers either had to submit or surrender.

By the end of the bout all 10 men were bloodied and bruised from over 30 minutes of intense action inside the two-ringed steel cage. The show went off the air with MJF standing tall after winning the match for his team and throwing Chris Jericho off of the roof of the cell.

The Inner Circle dominated most of the match once all five competitors from both teams had entered, causing a bloodied Friedman to climb up to the top of the cage. Jericho followed, and the two battled for a bit. MJF eventually demanded the Inner Circle surrender, or he was throwing Jericho off the cell.

Guevara surrendered for the team to save Jericho. Although, MJF ended up shoving Jericho backwards off the cell anyway, landing through the stage. The medical team comes out to check on Jericho, and MJF stands on the top of the cage celebrating his big win. The show goes off the air, with MJF standing tall after getting the big win.

Tune into Dynamite every Wednesday 8/7 on @tntdrama pic.twitter.com/YHpKd1pEtM