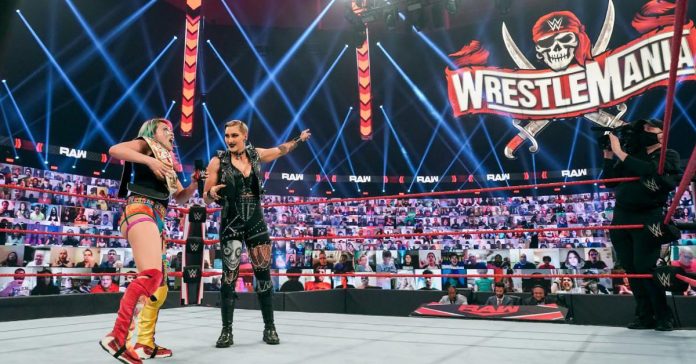 WrestleMania 37 is less than three weeks away and WWE made some headway in creating the card for the two-night event. WWE did a lot of work Monday night to confirm the WrestleMania card. The promotion also laid out how the championship matches will be spread across the two nights.

WWE WrestleMania 37 goes down on Saturday, April 10 and Sunday, April 11 at Raymond James Stadium in Tampa. The main shows will likely begin at 7 p.m. ET and stream live on Peacock.

So let’s have a look now at the WrestleMania 37 matches that have been confirmed as well as break down what else could be added to the match card based on current weekly television direction:

Bad Bunny vs. The Miz

The COVID-19 pandemic prevented WWE from having fans in attendance for last year’s WrestleMania. However, the company has already launched ticket sales for the event and is expecting to host at least 45,000 fans per night this year.