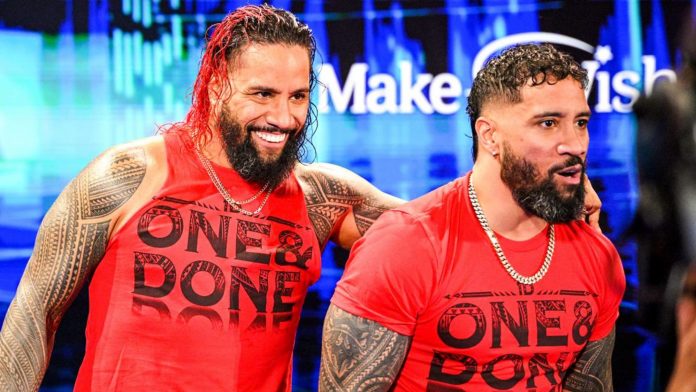 The team of Jey and Jimmy Uso have held the WWE SmackDown Tag Team Championships for 484 days, dating back to their victory over Rey and Dominik Mysterio at 2021’s WWE Money in the Bank. The new record surpass the WWE Raw Tag Team Title reign of The New Day, which lasted 483 days.

After The Usos made history on Smackdown by defeating The New Day, The Head of the Table reveals he has a huge celebration planned.