The Usos retain the Tag Titles at Extreme Rules 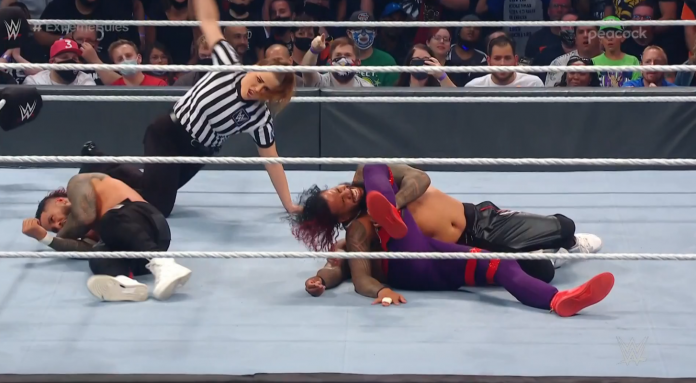 The Usos put their SmackDown Tag Team Championships on the line against The Street Profits at WWE Extreme Rules. After the attack he suffered on Friday, Ford had his ribs taped up.

The Usos took advantage of Ford’s ribs and attacked the area throughout the match. Jimmy and Jey kept the focus on his midsection for a long time while keeping the pace slow. Dawkins was able came in hot off the tag and hit both Usos with a series of big moves. He then hit a superplex into a twisting neckbreaker for a close two-count.

Dawkins made a save from a double superkick only to have Ford eat the kicks anyway before The Usos hit a double splash to score the pin and retain the titles.