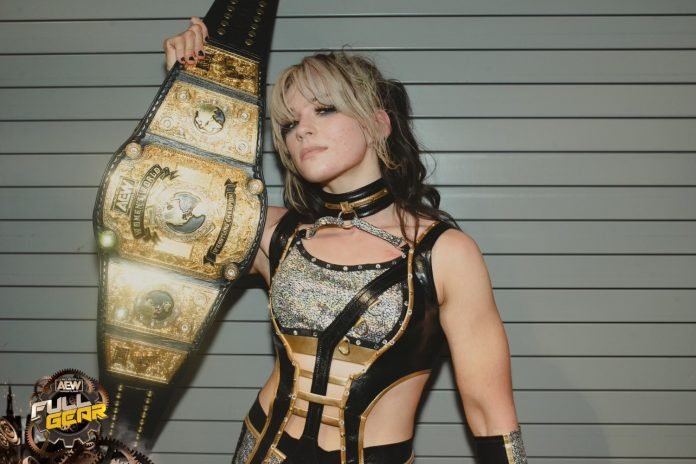 Renee Paquette announced on AEW Dynamite that the company and Thunder Rosa have reached an agreement for Rosa to relinquish the AEW Women’s title due to the uncertainty of when she will return from her back injury.

AEW noted that because Rosa did not return from her injury, Toni Storm’s AEW Women’s World Champion reign is now officially recognized as part of the lineal title history after being called the interim titleholder initially.

An important announcement from @ReneePaquette regarding the #AEW Women’s World Championship!@thunderrosa22 @jmehytr @RealBrittBaker#AEWDynamite Thanksgiving Eve is LIVE on TBS! pic.twitter.com/fBlWMsEObs

Rosa responded to the news on Twitter, thanking AEW and her fans.

Thank you #ThunderArmy for all the support and @aew for being there for me. Dream-like moments happened in this run, and this is not how I wanted to lose the championship, but you deserve a present champion; on to the next chapter.