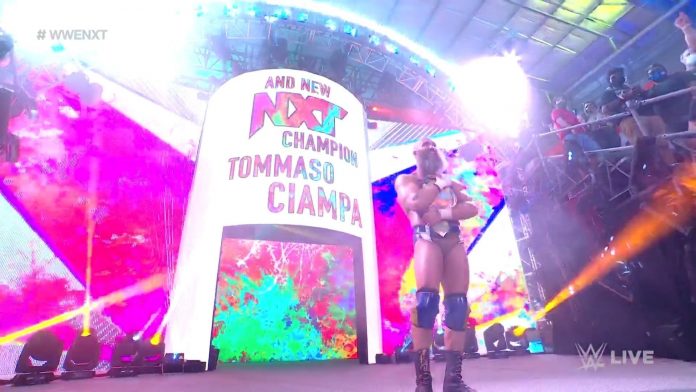 After the surprise announcement of Samoa Joe relinquishing the NXT Championship, William Regal changed what was originally a No. 1 contender’s match into a title bout.

At the end of the match, Dunne hit a German Suplex that sent Ciampa out of the ring, and then he went to the rope. He was caught by Knight and was going to hit a SuperPlex, but Wagner caught him and almost pinned him before Ciampa broke it up, and pinned Knight after hitting the Fairytale Ending.