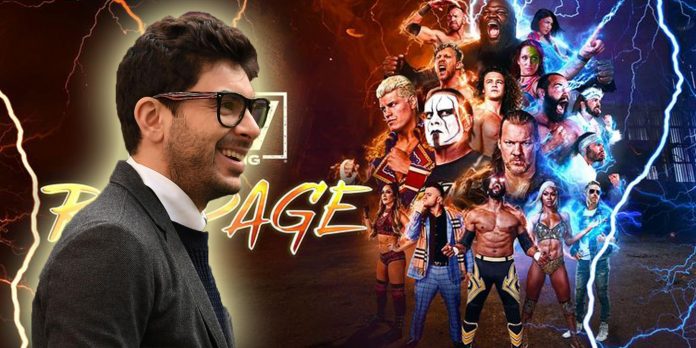 The show featured Kenny Omega dropping the Impact World Championship to Christian Cage. That was followed by Tony Khan and Sammy Guevara awarding Fuego del Sol a AEW contract after his loss to Miro. The show then closed with Britt Baker retaining her AEW Women’s World Championship against Red Velvet.

“This was one of the biggest nights in the history of the company, and it was a great show,” said Khan. “We went in with a tremendous card of three championship matches and a plan to deliver the best one-hour wrestling TV show anyone’s seen in a very long time. We needed to hit a home run, and we did. Everyone across the board, including production and staff, did a tremendous job.”

Khan booked the show and explained his creative philosophy.

“We highlighted our people, and that led to great moments,” said Khan. “Tonight was all about showing fans the top stars of AEW, ones that are becoming mainstream names in wrestling and even outside of it, too. This is the perfect time to launch Rampage, and I wanted to go in as hot as possible.

The AEW president then revealed that the segment involving Fuego, Guevara and himself was completely legitimate.

“That was a complete shoot,” Khan said. “Fuego had no idea that was going to happen. Sammy was the only person I told, and Fuego was legitimately surprised to receive the contract he’s been dreaming of and chasing.”

Khan also hinted at what’s coming on this coming week’s Rampage at the United Center in Chicago.

“Next week’s Rampage is ‘The First Dance’, and I think everyone knows what to expect — and everyone is very excited. We built a foundation here for what you’re going to see next week. This was a huge premiere, and there is tons of anticipation for next week in Chicago,” said Khan.

Khan was also asked about the rumors on if CM Punk will be on next week’s Rampage.

“I can’t answer that question,” said Khan. “But it’s a very good question to ask.”