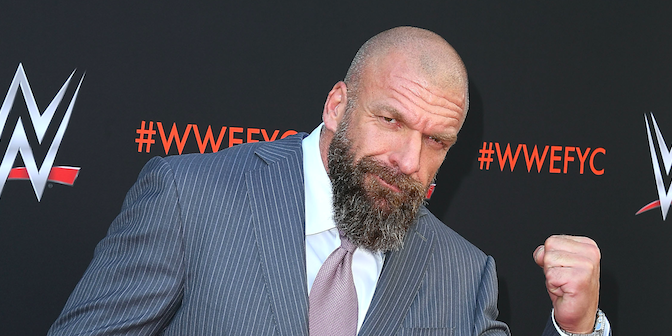 In an interview with Stephen A. Smith on ESPN’s First Take, Triple H said he has a defibrillator in his chest and will never wrestle again following his cardiac event during the summer of 2021.

Triple H said he had viral pneumonia and heart failure, and now has a defibrillator in his chest. He said: ‘For me, as far as in-ring, I’m done. I will never wrestle again. I have a defibrillator in my chest, which it’s not a good idea for me zapped on live TV.’

Hunter went on to say:

“I had viral pneumonia. My lungs were inflamed, and as the next couple of days went on and I got home, it got increasingly worse. My wife saw some blood and stuff that I was coughing up, and I went and got checked, and it was coming from the viral pneumonia, but I had fluid in my lungs. I had some fluid around my heart so they followed up on it and did an EKG and Echo and everything. Basically, the way your heart pumps out 55-60 percent of your ejection fraction is a good number. I was at 30 percent. I got a quick text message saying don’t take time, pack a bag real quick and head to the emergency room and I’ll fill you in on the way. So, by the time I got to the emergency room, my ejection fraction had gone down to 22 percent, which, ya know, I was in heart failure.”