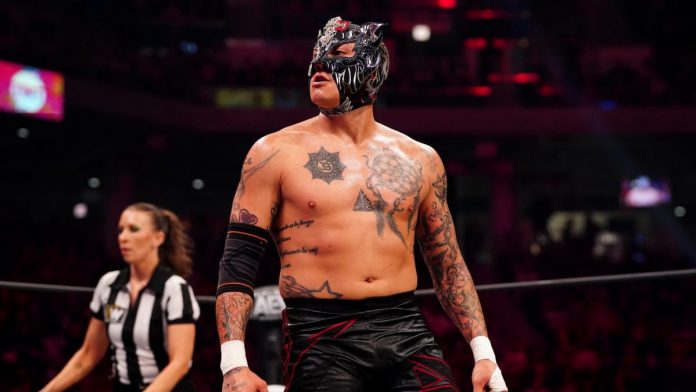 Towards the end of the match, Luchasaurus slammed Fenix through a table — and as the two wrestlers hit the ground, Fenix’s arm got caught in an awkward position and snapped backward.

As seen in the video above, Fenix grabbed his left arm and called for help immediately after the spot. The 31-year-old was unable to finish the match and he was reportedly rushed to the hospital where it was confirmed he suffered a dislocation, not a broken arm, as was originally thought.

At the end of the match Jungle Boy pinned Penta El Zero Miedo to win the match for his team. The Lucha Brothers had been AEW Tag Team Champions since winning the titles from The Young Bucks in a steel cage match at All Out last September.