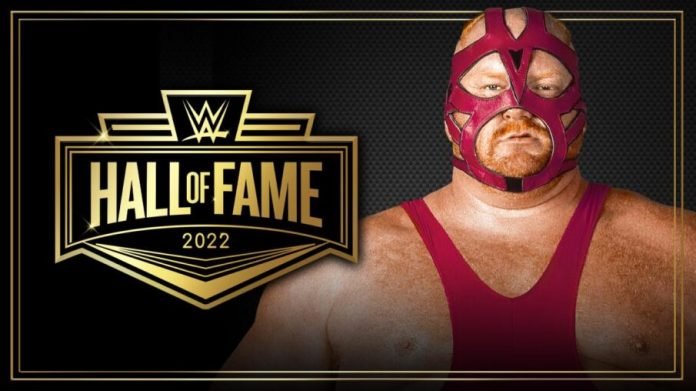 Leon “Vader” White will be inducted into the WWE’s Hall of Fame, joining The Undertaker in the class of 2022.

White passed away in June of 2018 at the age of 63 due to heart-related issues and had been battling pneumonia.

The 450-pound star’s reign of dominance first started in Japan. In 1996, the powerhouse made his way to WWE, where he debuted in that year’s Royal Rumble Match. He would later battle Shawn Michaels for the WWE Championship at SummerSlam that year.

WWE has since commented on the Hall Of Fame announcement, posting the following:

As first reported by Bleacher Report, Vader will be posthumously inducted into the WWE Hall of Fame’s Class of 2022. The Mastodon will be enshrined in the hallowed hall during the 2022 WWE Hall of Fame Induction Ceremony as part of WrestleMania Week.

The WWE Hall of Fame ceremony will take place Friday, April 1, at American Airlines Center in Dallas as part of WrestleMania Week. The event will stream live exclusively on Peacock in the U.S. and WWE Network everywhere else. In addition, for the first time in history, WWE will present both Friday Night SmackDown and the 2022 WWE Hall of Fame Ceremony live on the same night at American Airlines Center, giving all fans in attendance an unprecedented opportunity to witness both events for one price. Tickets for the special 2-for-1 SmackDown + Hall of Fame are now available via Ticketmaster.

Hailing from The Rocky Mountains, the intense 450-pound Vader first made a splash in the rings of Japan, where he destroyed WWE Hall of Famer Antonio Inoki in a wildly controversial match. The Japanese fans were so distraught over seeing their hero dismantled by the gigantic Vader that a riot broke out in Tokyo’s Sumo Hall. This pandemonium only further fueled Vader’s aggression, and a long line of competitors fell to his devastating maneuvers — particularly the bone-crushing Vadersault.

The Mastodon continued to assert his dominance in Japan and eventually stomped his way through competitors all over Europe and Mexico. This path of destruction brought the giant to World Championship Wrestling in the early ’90s where he would eventually become one of their biggest stars. With WWE Hall of Famer Harley Race in his corner, Vader battered WCW legends like Sting, Ric Flair and Cactus Jack and captured three World Heavyweight Championships during his time with the company.

In 1996, the powerhouse made his way to WWE, where he debuted in that year’s Royal Rumble Match. Immediately impactful, Vader teamed up with manager Jim Cornette and battled Shawn Michaels for the WWE Championship at SummerSlam that year. The Mastodon then linked up with Paul Bearer and locked horns with Undertaker, scoring a huge victory over The Deadman at Royal Rumble in 1997.