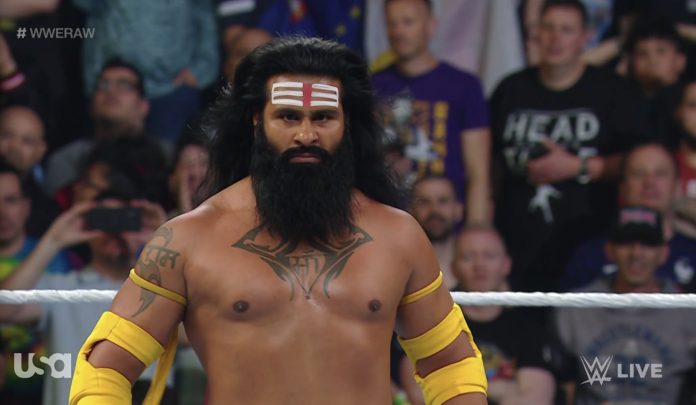 After months of vignettes and hype, Veer Mahaan finally re-debut on April 4, 2022. The Indian-born WWE Superstar appeared on the “Night After WrestleMania” edition of the RAW in Dallas, Texas.

Mahaa came out and attacked Rey and Dominik Mysterio after Dominik lost a singles match to the Miz. After taking Rey out, he put Dominik in a modified version of the Camel Clutch submission hold.

Veer, also known as former MLB player Rinku Singh, was signed by WWE in January 2018 after a stint with the Pittsburgh Pirates baseball team. Singh won a pitching contest and reality TV show that went by The Million Dollar Arm — hence the name of the film — that earned him a professional baseball contract. He was the the first Indian-born player to sign an MLB contract.

VEER MAHAAN
IS COMING TO #WWERaw