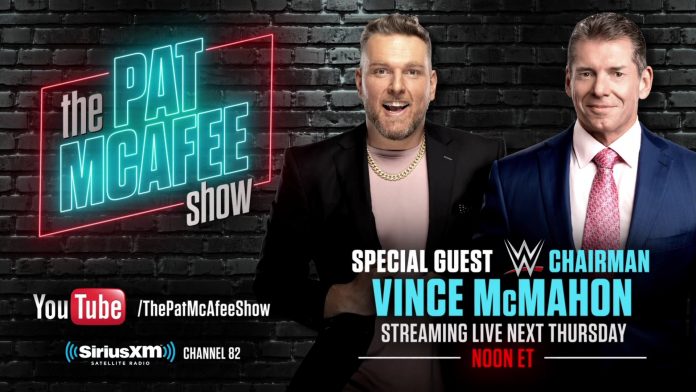 It was announced during SmackDown that WWE Chairman & CEO Vince McMahon is set to make a rare on The Pat McAfee Show next Thursday, with host and SmackDown commentator Pat McAfee.

The last time McMahon did a long form interview on TV was on Stone Cold Steve Austin’s Broken Skull Sessions in 2015.

There are rumors that McMahon is expected to start a major storyline on the show and that it will conclude at WrestleMania 38.