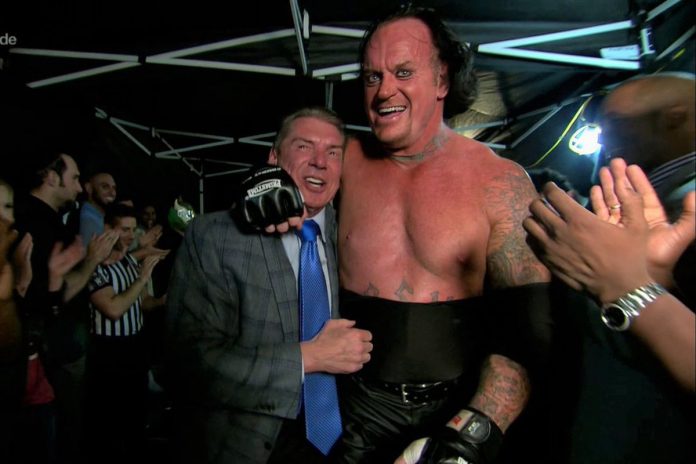 WWE Chairman and CEO Vince McMahon announced on the Pat McAfee Show on Thursday,  that he will personally induct The Undertaker into the WWE Hall of Fame in the upcoming ceremony during WrestleMania weekend.

The last time Vince inducted someone into the Hall of Fame was Stone Cold Steve Austin in 2009.

Vince said that inducting The Undertaker (real name Mark Calaway) will be one of the most difficult things he’s ever done in his life. He went on to say that he loves The Undertaker and got emotional when talking about their relationship they’ve had over the years.

McMahon said that Mark is an extraordinary human being and is someone who has been loyal, trustworthy, and reliable.

The induction ceremony will air live on Peacock/WWE Network on Friday, April 1. It’s taking place at the American Airlines Center in Dallas after the WrestleMania 38 go-home episode of SmackDown.