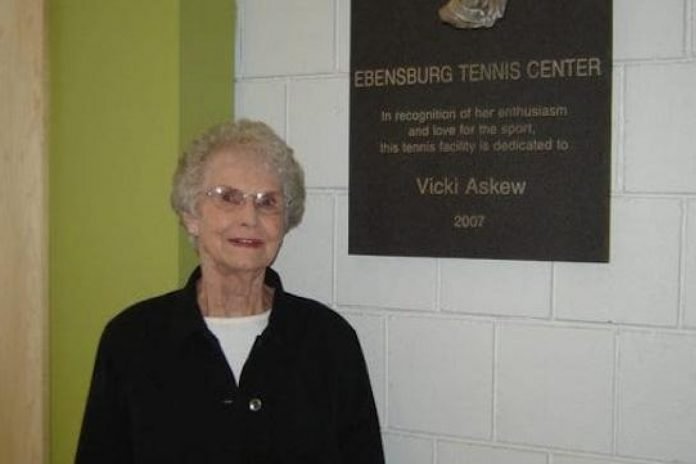 Vicki Askew died quietly of natural causes at her home in The Woodlands, Texas on January, 20 2022.

Vicki was born on July 11, 1920 in Florence, South Carolina, the only daughter of four children. The family moved when Vicki was a young girl to Sanford and then to East Sanford, NC where she spent her childhood.

Vicki gave birth to Vince on 24 August 1945. Her funeral was a private family affair and took place on January 22.

The full obituary reads as followed:

Vicki, as she was known to friends and family, passed away quietly of natural causes in her sleep at home in The Woodlands, TX on Tuesday, January 20th. She was a young 101 years old, and is survived by one son, four grandchildren and 12 great grandchildren.

Vicki was born on July 11, 1920 in Florence, South Carolina, the only daughter of four children of Orpheus William Hanner and Victoria Kennedy Hanner. The family moved when Vicki was a young girl to Sanford and then to East Sanford, NC where she spent her childhood.

Vicki was blessed with two sons, Rod and Vince, both of whom married their childhood sweethearts. Sadly, Rod passed away one year to the day before his mother.

Vicki’s childhood was tough. She spoke of it in an interview for the North Shore Church in 2018: “My mother had to go to work to support me and my three brothers. She started by selling Avon. During the Great Depression, I remember drawing my foot on pasteboard and putting it in my shoe (the sole had holes and no one could afford new shoes).”

After graduation from high school, Vicki pursued a career in Civil Service working as a secretary and administrative assistant until she retired from the Chamber of Commerce in Pembroke Pines, Florida.

Tennis was an important part of Vicki’s life. She started hitting balls at an old neglected court and was hooked for life. She played JUST until age 94, and refused to be in the “Senior League”, and she always watched matches on T.V.

Vicki also had a beautiful soprano voice and sang in several church choirs.

After her husband, Harold Askew, passed away in 2010, Vicki moved to Bentwater (Montgomery, TX) where she made many friends and played lots of tennis. Her last residence was The Woodlands where she lived with her beloved caretaker, Verdell Berry.

Funeral services will be held at 5:00 PM on Saturday, January 22nd at the North Shore Church, 18501 W. FM 1097, Montgomery, Texas. A private burial will be in Ebensburg, Pennsylvania at a later date. You may leave condolences for the family by visiting www.shmfh.com.