Watch – Bryan Danielson’s Promo After AEW All Out 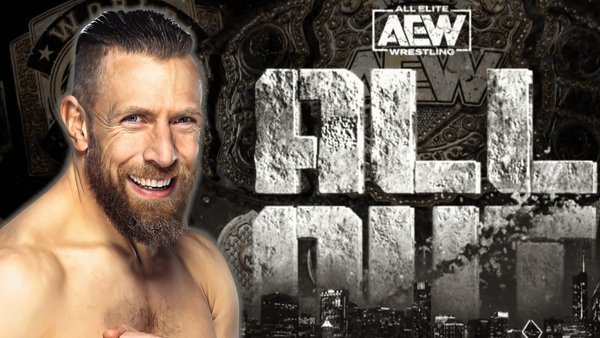 AEW All Out 20201 delivered beyond any reasonable expectations on Sunday night and may have been AEW’s most important PPV to date.

The show not only featured incredible matches, CM Punk wrestling for the first time in more than seven years, but also saw three of the biggest free agents in wrestling make their All Elite Wrestling debuts.

But it was the debuts of Adam Cole, Ruby Soho and Bryan Danielson — formerly Daniel Bryan in WWE — that are the lasting memories from the show.

Bryan Danielson made his debut at the end of the show and came out to confront the Elite, who had just welcomed their good friend Adam Cole.

Danielson, who returned to WWE in 2018 after retiring two years prior because of issues with concussions, last appeared on WWE television on the April 30 episode of Friday Night SmackDown losing to Roman Reigns in a singles match for the Universal Championship.

As you can see in the video below, Bryan was in the ring with Jungle Boy, Luchasaurus, and Christian Cage, and he addressed Kenny Omega, the Young Bucks, the Good Brothers, Don Callis, and Cole as well as the AEW fanbase.

“There’s some people around here who call themselves Elite. I’m gonna be here to see if they truly are…so AEW, let’s f*cking go!”

Bryan Danielson after #AEWAllOut went off the air. #AEW pic.twitter.com/YaVM5RKt00