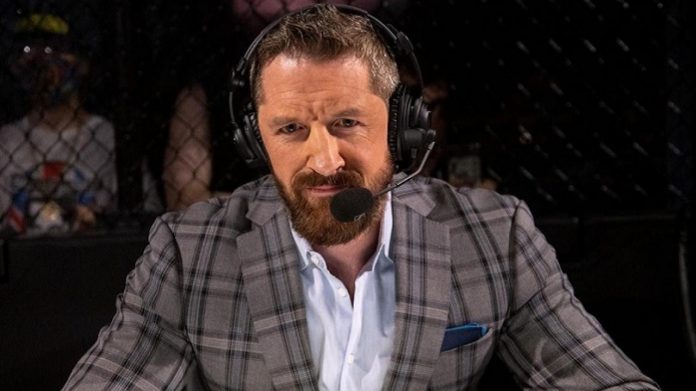 The WWE has announced updates to their commentary teams for Raw, SmackDown, NXT and Premium Live Events.

Michael Cole with Wade Barrett doing color commentary will head Friday Night SmackDown. The changes come after Pat McAfee, who had been calling SmackDown with Michael Cole, announced that he would take a temporary leave from WWE to be an analyst on ESPN’s “College Gameday.” Samantha Irvin will be the ring announcer, and interviews will be conducted by Kayla Braxton and Megan Morant.

On Monday Night Raw, Corey Graves will be joined by Kevin Patrick on play-by-play. Mike Rome will continue to announce from the ring, and Byron Saxton will conduct the backstage interviews. Over on NXT, Vic Joseph will be assisted by Booker T with Alicia Taylor ring announcing, and McKenzie Mitchell will once again be conducting interviews.

Michael Cole and Corey Graves will come together again to announce the company’s Premium Live Events.