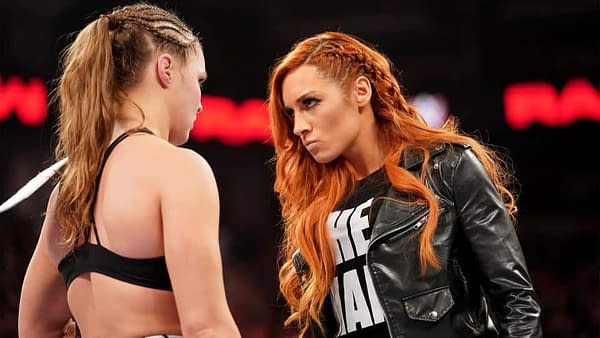 The WWE will be without some of it’s biggest stars for WrestleMania 37, but two will soon return to the active roster sooner than later.

During a recent interview on The Colin Cowherd Podcast, WWE President and Chief Revenue Officer Nick Khan revealed that both Ronda Rousey and Becky Lynch are slated to return to WWE programming soon.

Ronda Rousey had her last appearance was at WrestleMania 35, when she faced Becky Lynch and Charlotte Flair in the Triple Threat main event. Becky Lynch made her most recent appearance with WWE in May 2020 on an episode of Raw after the Money in the Bank pay-per-view. She took time off because of her pregnancy. The four-time women’s champion, who’s engaged to Seth Rollins, gave birth to their child in December.

Among the notable part-time attractions who aren’t currently scheduled to appear at WWE’s biggest pay-per-view of the year are Brock Lesnar, The Undertaker, The Rock, Triple H and John Cena.

WrestleMania 37 will take place Saturday, April 10 and Sunday, April 11 at Raymond James Stadium in Tampa Bay and stream live exclusively on Peacock in the United States and on WWE Network everywhere else.

Previous article
WATCH – The Inner Circle is Back in Black
Next article
Sasha Banks vs. Bianca Belair will main event WrestleMania night one