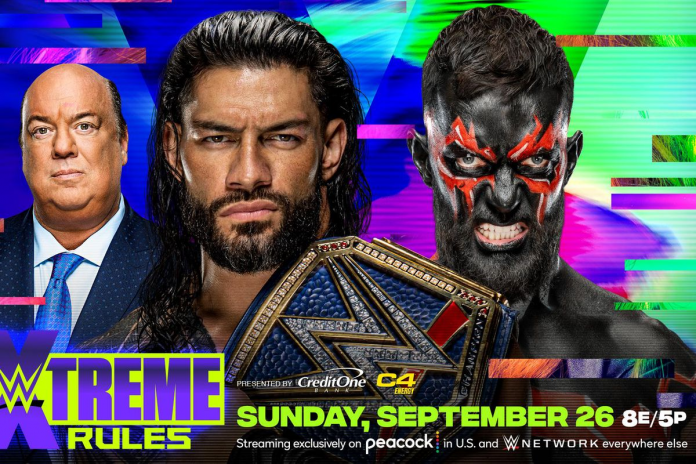 WWE heads into Extreme Rules this Sunday, with the main event of the show being an Extreme Rules match between Universal Champion Roman Reigns and “The Demon” Finn Balor.

If Roman wins it’d mark Balor’s first loss under his Demon alter ego. The match should be excellent, but much of the intrigue for it revolves around whether Lesnar will be appearing at Extreme Rules and move their story forward to Crown Jewel.

The second biggest story of the show is Becky Lynch and Bianca Belair. Becky returned after more than a year away from WWE last month at SummerSlam and took Sasha Banks’ place in a title match versus Bianca Belair and won the championship in what was effectively a squash match. The EST of WWE has been trying to get a rematch against Lynch ever since. ASt Extreme Rukes she’ll get the chance to redeem herself.

You can purchase the PPV through your cable or satellite provider or watch it on Peacock. While Peacock has a free tier, you will not be able to watch the WWE event through that. you’ll need a Premium ($5 a month, with ads) or Premium Plus Peacock ($10 a month, no ads) account.