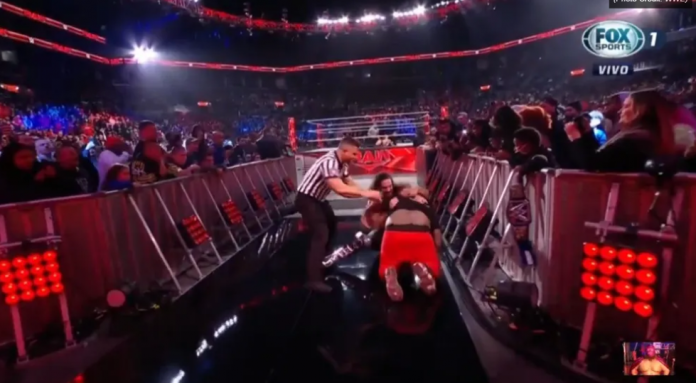 Seth Rollins was attacked by a fan inside the Barclays Center during this week’s Monday Night Raw.

Rollins was having a promo in the ring when Finn Balor interrupted him and was attacked by Rollins. As Rollins retreated up the entranceway, a fan attacked him and the camera quickly cut away. The fan was immediately swarmed by referees and security.

WWE has released a statement on Seth Rollins being attacked by a fan during Raw tonight:

“WWE takes the safety of its performers very seriously. The individual who attacked Seth Rollins has been turned over to the NYPD and will be prosecuted to the fullest extent of the law.”

You can watch video of the incident below.