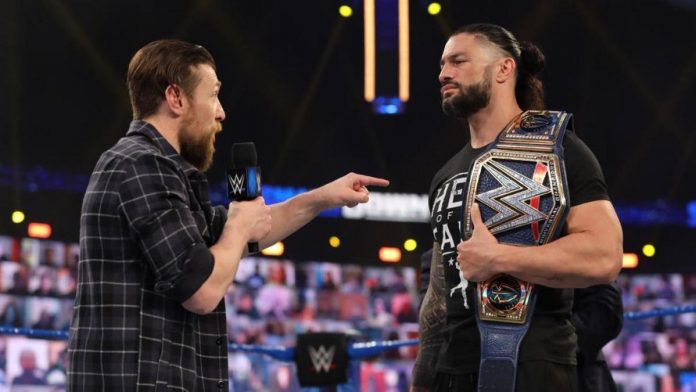 Fastlane 2021 is the last pay-per-view that’ll broadcast from WWE’s streaming service in the US. After that, you’ll get all your World Wrestling Entertainment from NBC’s Peacock service. Fastlane is also the first event that will stream on Peacock.

The fate of a possible WrestleMania main event hangs in the balance as Edge will battle the winner of Daniel Bryan vs. Roman Reigns for the universal title. At Fastlane, The Rated-R Superstar will serve as a special guest enforcer.

Fastlane goes down Sunday, March 21 from the ThunderDome inside St. Petersburg, Florida’s Tropicana Field. The event will begin at 7 p.m. ET following an hour-long kickoff show that begins at 6 p.m.

Let’s take a look at the Fastlane card: