WWE Launches NIL Program To Find Superstars Of The Future 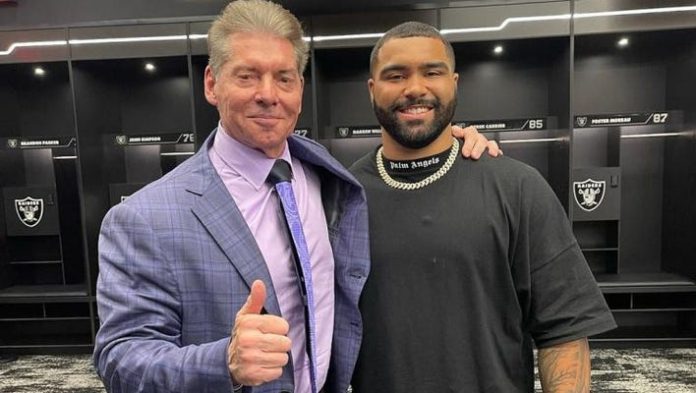 The WWE is using the NCAA’s new name-image-likeness rules to establish a new pipeline for potential talent.

The NCAA’s name, image, and likeness (NIL) rules allow college athletes to profit from their fame. Now, the WWE is using the rule change to revolutionize its own talent and recruiting system.

The company announced its own NIL Program—dubbed “Next In Line”—which aims to enhance the recruiting process through collaborative partnerships with college athletes. Like a paid internship for pro wrestling, these new athlete partnerships will feature year-round access to the WWE Performance Center in Orlando. The college athletes will also have training on brand building, media training, live-event promotion, and community relations. After finishing the NIL program, select athletes may be offered a full-time WWE contract.

The first such person to use the new NIL rules with the WWE was Gable Steveson. The Olympic wrestling gold medalist signed a multiyear WWE NIL contract in September. The deal allows him to finish his senior year at the University of Minnesota while learning the WWE system for a possible future in the wrestling business.

“We immediately saw it as an amazing recruiting tool for us because it allows us to show athletes a path to WWE, and engage with them in a way where they can learn more about it, we can learn more about them, all while working together, and finding out if it’s a good fit before they’re even finished college, and before they need to make any decisions about what they’re going to do in that next stage of their life,” says Paul Levesque (Triple H), WWE’s executive vice president of global talent strategy and development.

How athletes in the WWE’s NIL program are compensated depends on the individual, what they’ve accomplished so far and what they are looking for. “The deals might range from the lower end, which would still help them make ends meet while at school,” says Levesque. “Of course, if you’re bringing an Olympic gold medal to the table, it’s a different conversation.”

Triple H went on to say, “It opens us up to a whole world of athletes that we’ve never been able to connect with in this way,” he said. “For us, the next generation of superstars will come out of this program.”