WWE may be considering returning to ThunderDome over Covid-19 concerns 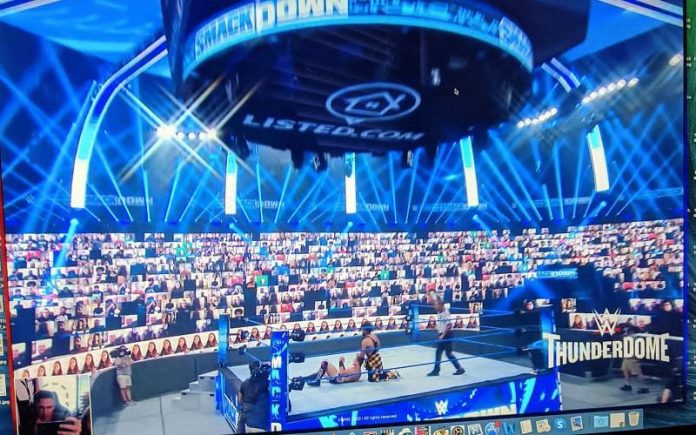 WWE are reportedly considering a return to the ThunderDome or Performance Center without fans due to states potentially dishing out mandates to help combat the spread of the Omicron variant.

The Thunderdome served as the WWE’s base of operations during the height of the pandemic. The venue was first set up at the Amway Center in Orlando last August before it was moved to Tampa’s Tropicana Field the following December. It then later moved to Yuengling Center in March but ceased operations in July once the WWE returned to the road.

The WWE’s latest coronavirus concerns come just three months ahead of WrestleMania 38 and Vince McMahon may now be considering a return to the ThunderDome to ensure the event goes ahead as planned.

Dave Meltzer said on Wrestling Observer Radio, “WWE can go back to someplace in Florida. You can always do the Performance Center. The problem is that if you put RAW and SmackDown in front of 300 people again, those numbers will crater. The ThunderDome thing, I mean they did better in the ThunderDome than the Performance Center, so I think that in that sense WWE could look at a ThunderDome again and try to take residency in a building, but it’s hard because I guess you could do the baseball stadium, because baseball isn’t starting for months, so I guess they’ll go to the Tampa baseball stadium and set up,” said Melzter.

WrestleMania 38 is slated to take place at the AT&T Stadium in Arlington, Texas on the weekend of April 2 and April 3. As it stands, the show will be able to go ahead with a capacity crowd.