WWE is offering a special holiday “Buy 3, Get 1 Free” deal on WrestleMania 38 tickets.

The Holiday offer are for Peacock subscribers only and available on SeatGeek from now until Christmas Day. The promo code used to access the offer is: PEACOCK.

WrestleMania 38 will take place over the course of two nights on Saturday, April 2, and Sunday, April 3, from AT&T Stadium in Dallas/Arlington, Texas. The stadium also hosted WrestleMania 32 in 2016. This will be the third straight WrestleMania event to follow the two-day format. 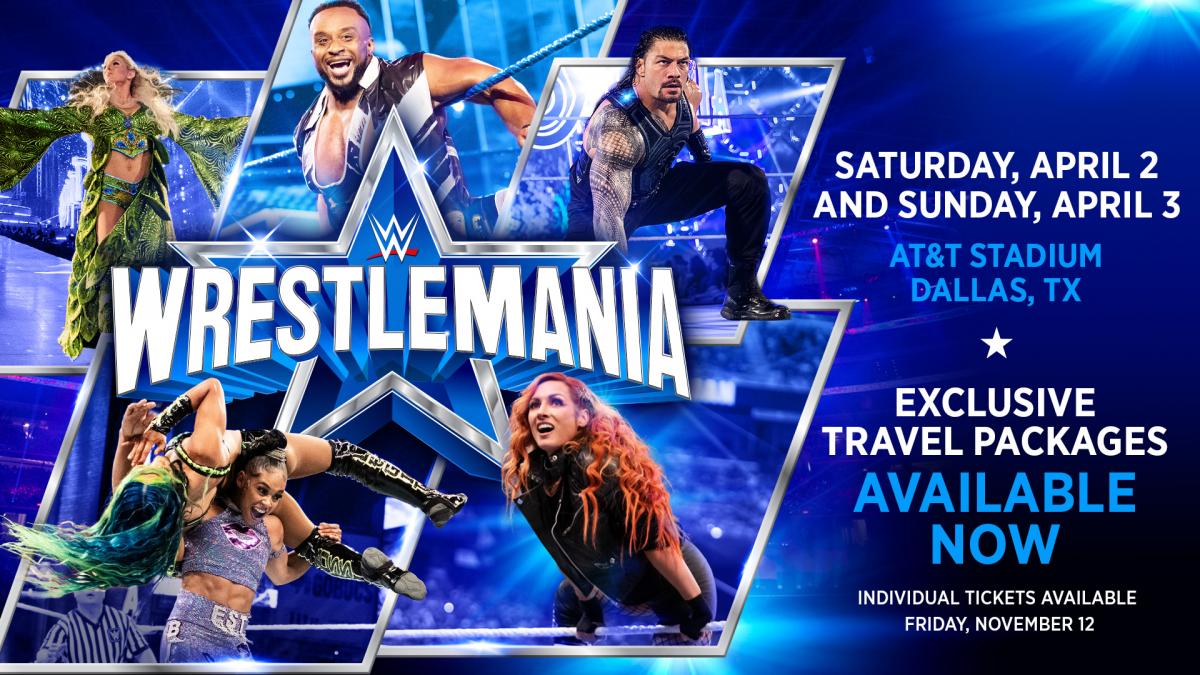 To sell out the venue with the capacity of hosting 100,000 people, WWE will need a big-time main event match as the headliner. Early reports indicate WrestleMania 38 will feature Universal Champion Roman Reigns vs. Brock Lesnar as the night two main event, though plans can always change.

WrestleMania will stream live exclusively on Peacock in the United States and WWE Network everywhere else.