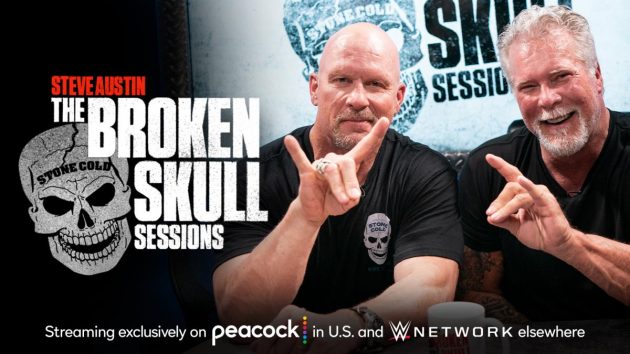 The Steve Austin Broken Skull Sessions episode with Kevin Nash that was set to debut Sunday did not air on either Peacock or the Network.

The new episode of the podcast was supposed to air on Sunday, 11th of July at 10 AM ET. It was scheduled on the WWE website and was set to feature two-time WWE Hall of Famer Kevin Nash as the guest.

The WWE went all out for “NWO Week” on social media, and this episodes was suppose to be part of special week. Stone Cold even took to Twitter to promote the episode.

As of this writing, there was no explanation given as to why the episode was pulled or when it will air.

This is the second such delay as last week’s WWE Icons: Lex Luger episode was also delayed, reportedly to wait for a better lead-in.