WWE SmackDown Ratings Up with Reigns and Daniel Bryan 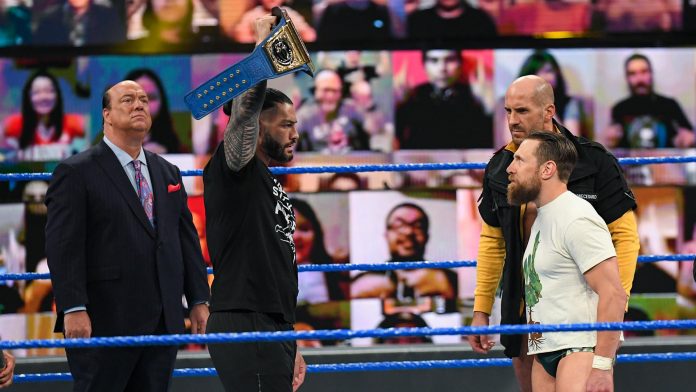 The SmackDown April 23, 2021 episode averaged 2.042 million viewers during its two-hour broadcast, which was up from last week’s overnight average of 1.997 million. Hour one drew 2.046 million viewers, then hour two went down to 2.037 million viewers.

SmackDown also did a 0.5 rating in the 18-49-year-old demographic, which was tied for second on the night.

The main event segment saw Reigns challenge Daniel Bryan to a Universal Championship match on next week’s SmackDown, with the rule that Bryan must leave SmackDown if he loses.