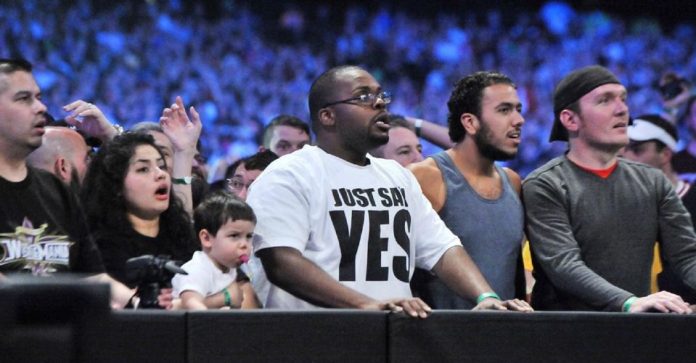 WWE has announced a return to live events with a 25-city tour will begin on Friday, July 16 with a live SmackDown at the Toyota Center in Houston, Texas.

The Money In the Bank pay-per-view will then take place that Sunday, July 18 at the Dickies Arena in Fort Worth, TX, and a live RAW will be held on July 19 from the American Airlines Center in Dallas, TX.

There’s no official news regarding SummerSlam at this time, but additional stops on the 25-city tour will be announced in the coming weeks.

Tickets to these three events go on sale Wednesday, May 26 at 11 a.m ET.

With the exception of WrestleMania 37,  the last show with a large audience present was an episode of Raw that took place in Washington, D.C. back in March of 2020.