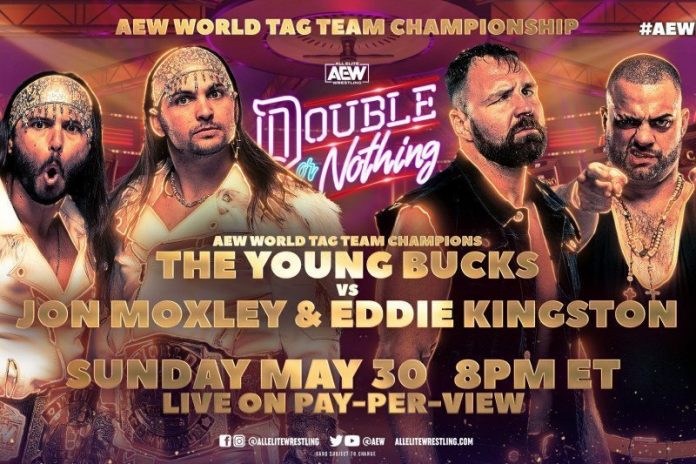 The Young Bucks put their AEW World Tag Team Titles on the line against Jon Moxley and Eddie Kingston at Double Or Nothing.

The match began with a wild start as Moxley and Kingston interrupt the Bucks’ entrance and beat them down. They brawled around ringside and into the fans. With Kingston and Nick Jackson in the ring, referee Rick Knox called for the bell and the match was officially underway.

During the match Karl Anderson appeared on the stage but he was taken out by Frankie Kazarian and Kingston took out Doc Gallows at ringside. Back inside the ring, the champs used an aerosol can on Moxley, busting him open before delivering the Meltzer Drive on the entrance ramp.

Chants of “Moxley” spilled from the stands but the Bucks flattened him with stereo superkicks. The Bucks hit another double superkick on Mox but he didn’t drop. They hit the trigger several times and then he dropped and Matt got the pin to retain the titles 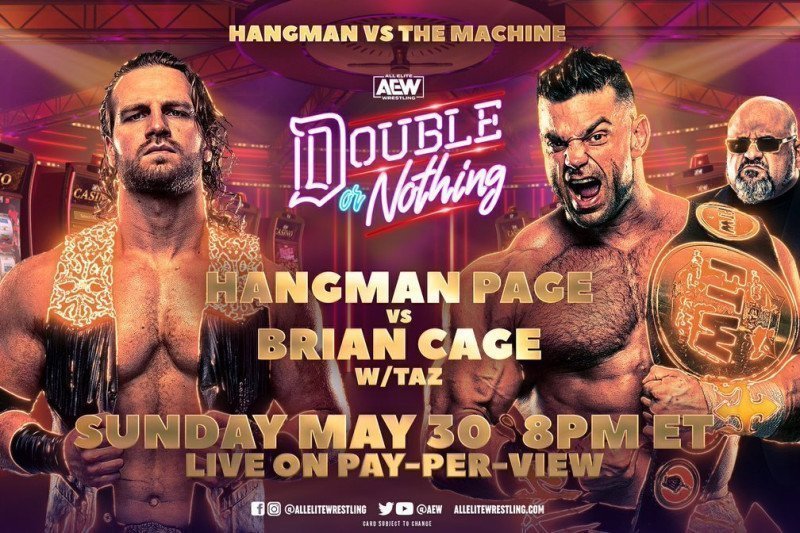 “Hangman” Page beats Brian Cage at Double Or Nothing
Next article 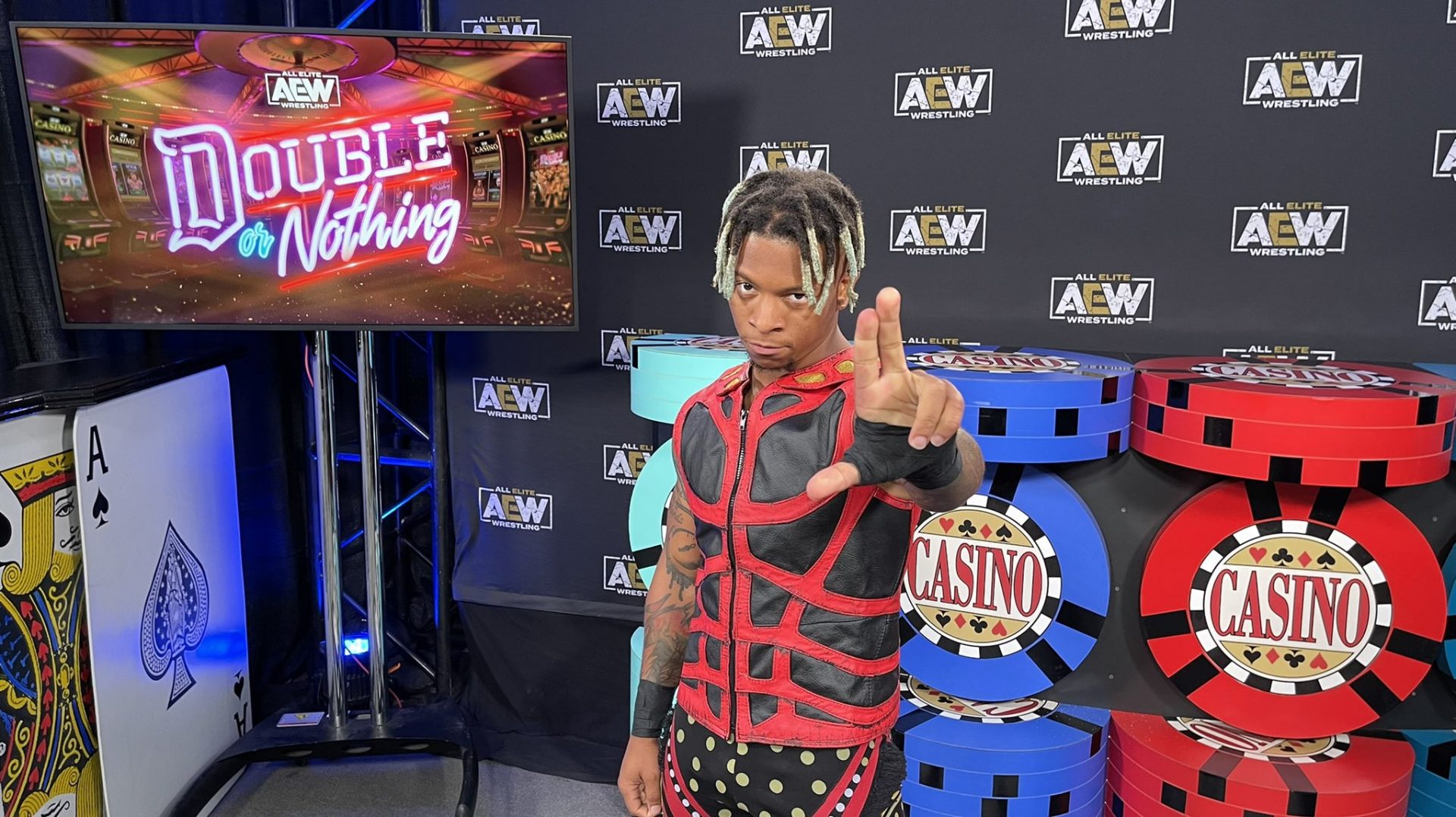 Lio Rush debuts at AEW Double or Nothing

Jon Moxley has signed an extension with AEW for five years

Watch – Jon Moxley Has a Warning for MJF